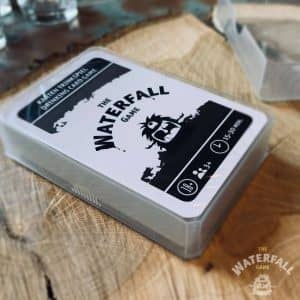 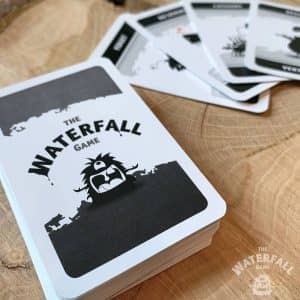 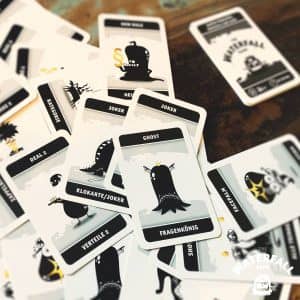 In stock (can be backordered)

The Waterfall Game is a drinking game for three or more players of 18+ years of age with a duration of about fifteen to thirty minutes. All you need to play is a Waterfall card game and the beverages of your choice.

The Waterfall Game is best played with beer or mixed drinks. Beverages which are higher in percentage (e.g. liquor) may also be used, of course. An alcohol free variation with soft drinks is fun, too.
In case you want to play The Waterfall Game with high percentage alcohol, we recommend taking the “Deal 10” card out of the game.